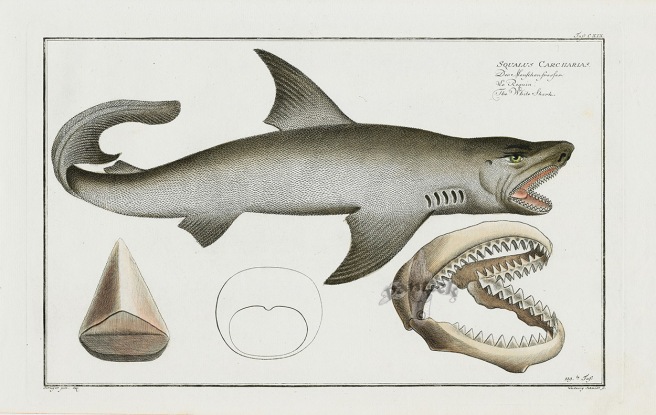 According to the Guinness Book of world Records, the largest Great White Shark ever recorded was caught in New Brunswick, Canada in 1930.

The massive Great White, measuring 37’ (11.3 m), was trapped in a herring weir off White Head in the Bay of Fundy.

The exact species or size may never be known, but 37′ seems to be the larges shark ever recorded, just one foot shy of the monster 36′ Great White caught in at Port Fairy, Australia in the 1870s.

Robert J. Heyer is a Biologist and Marine Science Educator from New Jersey. He is a member of NMEA, NJMEA, NYSMEA, Association for Professional Observers, and a Fellow of the Linnean Society of London.